Adolf Zukor (Zukor, Adolph) (Ricse, January 7, 1873 – Los Angeles, June 10, 1976) was a Hungarian-born producer, founder of the Paramount Pictures film company, and one of the founders of Hollywood film production. 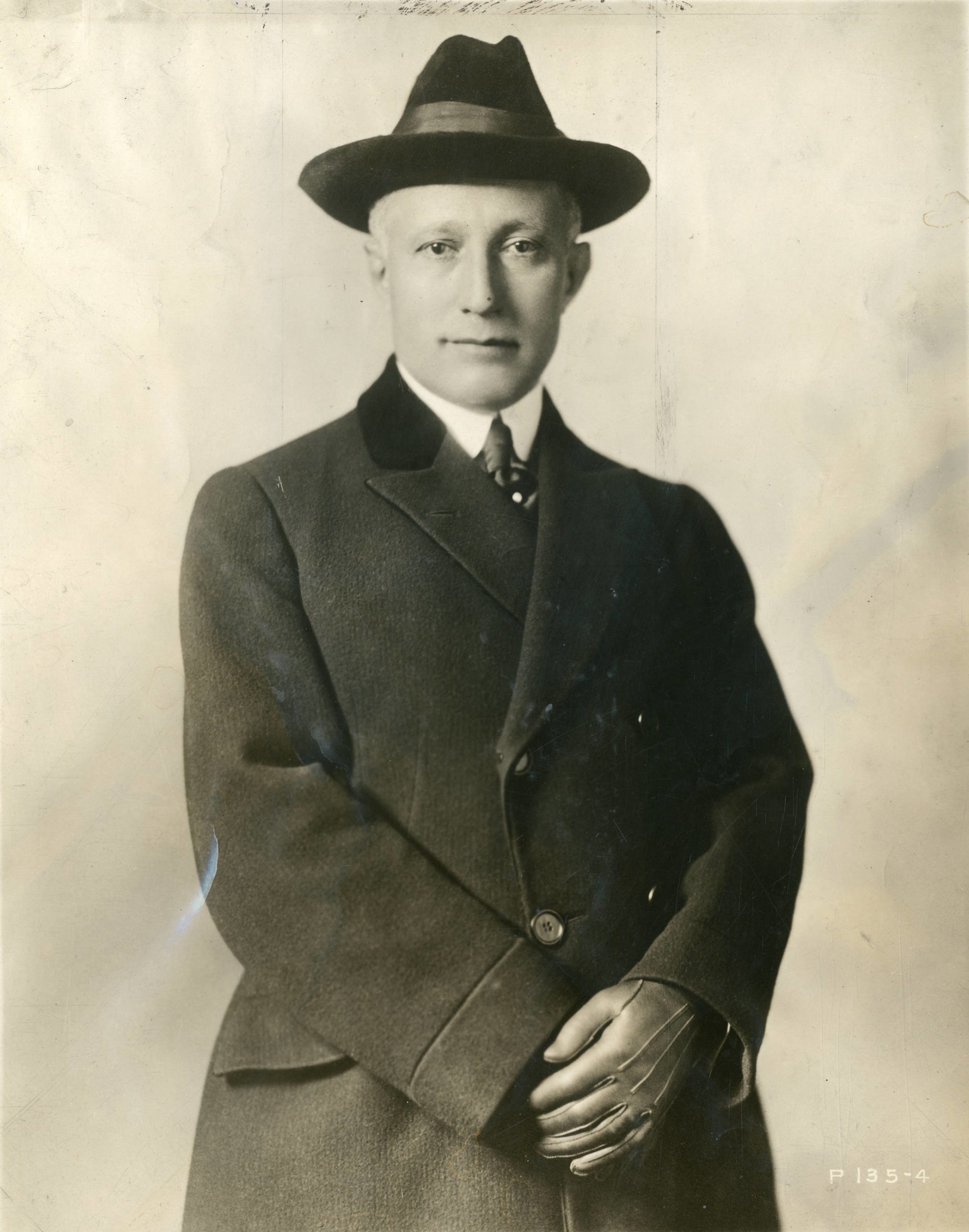 Adolph Zukor was born into a Jewish family in the village of Ricse, in Hungary. In Mátészalka he completed 4 civic schools, then he became a butler in Blau Herman’s grocery in Abaújszántó. Having lost his parents at an early age, the orphaned Jewish boy emigrated to the United States of America in 1888 (at the age of 15). He worked in fur traders’ shops in New York and Chicago, later setting up his own business and opening a furrier’s shop. In 1904, he joined a penny booth that offered three-minute movies for a penny. He formed a network with Marcus Loew, later to become a cinema mogul, and sought to maximise interest in the new invention. However, the market was dominated by the early large company trusts, and Zukor had to “explode”. He bought the distribution rights to the French film Queen Elizabeth, starring Sarah Bernhardt, and made a huge profit in 1912.

In the same year, the increasingly self-confident young man founded the Famous Players in Famous Plays Company and, in keeping with his proud company name, hired a top-notch force to bring demanding novels and plays to the screen. Among others, Edwin S. Porter, one of the talented pioneers, directed for him, and among his stars was Mary Pickford, the first real star.

By 1914, Zukor had assembled a crew capable of making 30 films a year, and his 3,500-seat movie palace, the Standard, opened on Broadway. In Hollywood, a suburb of Los Angeles, he rented the farm building of an orange farm and set up his first studio there. Soon he was being sought after by troupes of popular actors. Douglas Fairbanks, John Barrymore, Pola Negri, Gloria Swanson, Clara Bow, Adolphe Menjou, Rudolph Valentino, Gary Cooper and other living legends emerged from his ‘stable’ during this period and the years of his rise to fame. It introduced exclusivity: its actors were not allowed to work for other companies.

Zukor’s company merged with Jesse L. Lasky’s Feature Film Company in 1916. The enormously respected ex-bigwig was elected president. The crowning achievement of the empire was the acquisition of distribution. William Hodkinson had the screening rights to most of the films. Zukor first offered him the merger, but was not embarrassed by the refusal: he overthrew his rival in the usual way and carried out his plan. Thus began the chronicle of Paramount Pictures in 1916.

The empire and its leader ruled the film industry, but the heyday did not last forever. In 1932, the books showed a $21 million deficit.

After an extended hiatus, the company was reorganised under the name Paramount Pictures Inc. Barney Balaban became the new chairman, but the founder was not handed a carrot and stick: he was still allowed to take office as chairman of the board.

In the late 1940s, he wanted to take control of television. He allied himself with the ABC (American Broadcasting Company), which meant no small amount of power and influence.

In 1966 the studio was merged into the Gulf and Western Industries group. Adolph Zukor could keep an eye on the ‘brave new world’, basking in popularity as honorary president.

In 1949, he received an Academy Award for his life’s work. His 100th birthday was celebrated in a world-famous setting. In recognition of his work, he was one of the Hungarians to receive a star on the Hollywood Walk of Fame. The world famous film mogul died at the age of 103 leaving an indelible fingerprint on the film industry.